Acer has announced their latest flagship device the Liquid Jade 2 at MWC 2016. The device is similar to the Liquid Jade Primo which runs on Windows OS whereas the Liquid Jade 2 runs on Android OS. The Liquid Jade 2 sports a 5.5-inch FullHD AMOLED display with 1080 x 1920 pixels resolution having 100% NTSC color gamut and 1000:1 contrast ratio along with 176-degree wide viewing angle.

It is powered by a 64-bit hexacore Qualcomm Snapdragon 808 processor with Adreno 418 GPU, the device comes with 3GB of RAM and 32GB inbuilt storage which is expandable up to 1TB of hybrid storage. The Acer Liquid Jade 2 sports a 21MP rear camera with f/2.2 aperture, dual LED flash along with 4K video recording and an 8MP front-facing camera with f/2.2 aperture, 84-degree wide-angle lens and 1080p video recording. 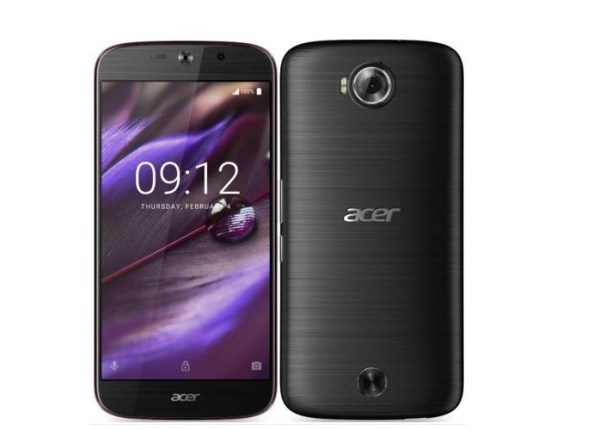 The device comes with high-resolution audio with virtual surround sound powered by DTS Headphone: S/ The device has a simple and neat design, it comes with 3.5mm jack on the top and FM radio. It comes with connectivity features like 4G LTE / 3G HSPA+, WiFi 802.11 a/b/g/n/ac (Dual Band) MIMO, Bluetooth 4.1, GPS, USB Type-C.

The exact details about the availability and pricing of the Acer Liquid Jade 2 have not been revealed yet by the company, the Windows version of the Liquid Jade Primo was launched in Philippines last year and was priced at $410 approximately.