Asus is going with quantity which is evident with the Zenfone 2 series, there is yet another variant of the Zenfone 2 Deluxe launched. It is named as special edition Zenfone 2 Deluxe. The changes from the original Zenfone 2 Deluxe are the Processor, RAM, Storage along with the UI and external appearance. The smartphone comes with a 5.5-inch FullHD display having resolution of 1920 x 1080 pixels, with Gorilla Glass 3 protection.

The device is powered by a quad-core Intel Z3590 chipset clocking at 2.5GHz. It comes with 4GB LPDDR3 RAM along with 256GB internal storage which is further expandable using microSD card. The other features of the device are similar to the Zenfone 2 Deluxe, the external appearance has been revamped with two new color variants, silver polygon which comes with the same 3D pattern on the back panel. The other variant is the Carbon Night which has the flat back panel of the Zenfone 2 Deluxe and comes with carbon fiber finish. 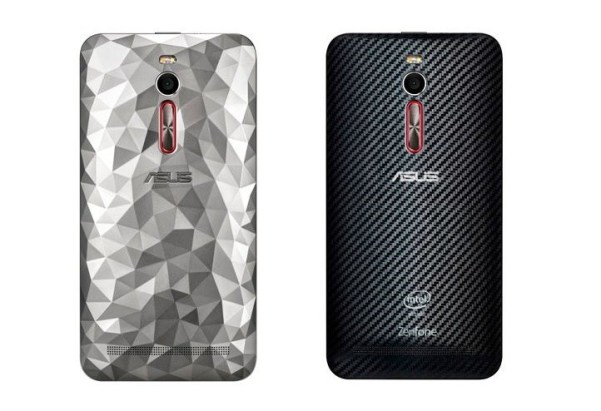 The Carbon Night and the silver polygon variants have red accents on the sides giving them a unique and sporty look. The red color border also involves the rear volume rockers giving the whole device a exclusive red and black ZenUI theme. The special edition Zenfone 2 Deluxe sports a 13 megapixel rear Pixelmaster camera with LED flash and a 5 megapixel front facing camera. It is powered by a 3000mAh non-removable battery. Even the theme of the device is an exclusive Black and Red combination ZenUI.

The pricing and availability of the Zenfone 2 Deluxe special edition has not been revealed yet.