Caterpillar, the company is known for making outdoor construction equipment has ventured into phones earlier with devices like Cat S40 which are known for their rugged looks and build quality, have launched their latest flagship smartphone, the Cat S60. The device sports a Thermal camera integrated into it which is the first of its kind in the industry. The company also mentions that it is the world’s most waterproof smartphone, the tag is given because the device is waterproof up to depths of 5 meters for one hour, which has not been seen in any smartphone till date.

The earlier devices by the company have been called as military grade, but the S60 is said to surpass military grade build as well as it is said to withstand falls up to 1.8 meters directly on concrete. And comes with other features like being dustproof, the touchscreen can be used with gloves and even with wet fingers. The device sports a 4.7-inch HD (1280 x720 pixels resolution) 540 nits display with Corning Gorilla Glass 4 protection. 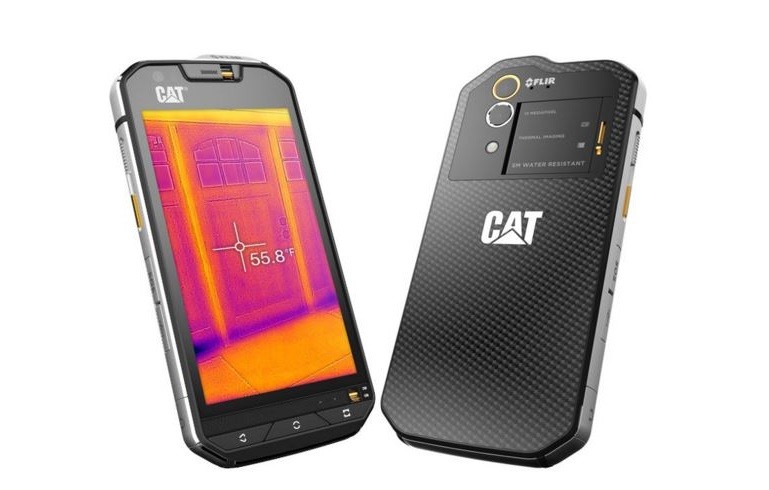 The S60 is powered by an Octa-Core Snapdragon 617 processor with Adreno 405 GPU and coupled with 3GB of RAM and 32GB internal storage space. The device has a 13MP rear camera with LED flash which works underwater as well and a 5MP front facing camera. It comes with a Dedicated FLIR thermal camera app with MSX technology which picks up heat and measures surface temperature from  a distance of up to 50 to 100 feet. It runs on Android 6.0 Marshmallow and is powered by a 3800mAh battery.

Commenting on the announcement, Caterpillar, said, “The thermal camera visualizes heat that is invisible to the naked eye, highlighting temperature contrasts. It can pick up heat and measure surface temperatures from a distance of up to 50 to 100 feet, and see through obscurants such as smoke, enabling a huge range of use cases for building professionals, utility workers, outdoor sports enthusiasts, emergency first responders and more,”