Chinese based device maker, Coolpad has launched two new smartphones – the Coolpad Torino S and Coolpad Porto S into the European market. Both devices are price competitively and support 4G LTE; the Torino S will be available from both online and offline stores in Europe while the Porto S will first arrive in Germany and Switzerland before other markets follow. 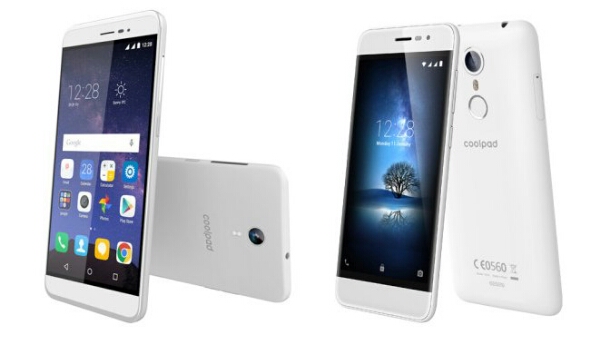 Commenting on the launch, the Head of European Business, Denny Qiu at Coolpad said:

“Coolpad manufactures high quality products and we believe that our innovations are the key to success. With the introduction of the world’s first dual-SIM smartphone and the leadership in LTE smartphones in China, we have demonstrated our ability to innovate. Now we want to promote our innovation story in Europe.”

Coolpad Torino S
The Coolpad Torino S is the smaller of the duo, it
sports a 4.7-inch (1280 x 720 pixels) HD display with 2.5D glass and relies on a quad-core Qualcomm Snapdragon 410 processor clocked at 1.2GHz with 2GB of RAM and 16GB built-in storage space. For additional storage, there is a microSD card for expansion.

The device is backed by a rather small 1800mAh battery, has Dual SIM slots (with Dual Standby) and runs Android 5.1 Lollipop OS with Cool UI. 8.0 ontop. On the front, there is a 5MP camera  for selfies and video calls, and on the rear, a 8MP camera with LED flash as well as the fingerprint scanner which unlocks in 0.5 sec and captures photos in 0.24 sec.

It measures 139 x 67.8 x 7.9 mm in dimensions and weighs 120 grams and also include an IR sensor which lets the device be used as a remote control for several home appliances. The Coolpad Torino S sells for a price of EUR 199 in White and Champagne colours.

It relies on a quad-core Mediatek MT6735P processor clocked at 1.0GHz along with ARM Mali-T720, 1GB of RAM and 8GB built-in expandable storage space. For photography, there is a front facing 2-megapixel camera for selfies & video calls, and a rear facing 8-megapixel camera with LED flash. ‎

The Coolpad Porto S skips the fingerprint scanner on the Torino, has Hybrid Dual SIM slot i.e users have the option to use both SIM slot or one of the SIM slot and the microSD card slot. It is available for a price tag of EUR 129 in White and Champagne colour options. ‎