Coolpad has launched two new devices in the European market, the Torino S and Porto S which are equipped with Fingerprint sensor and 4G LTE. Coolpad has launched these devices in Europe and is said to expand to other markets shortly. the Coolpad Torino S comes with a 4.7-inch HD display with resolution fo 1280 x 720 pixels whereas the Porto S comes with a bigger 5-inch IPS HD display.

Both the devices have the design element carried from the Note 3 series (Note 3 and Note 3 Lite)with the almost bezel-less display and rounded borders in the Torino S whereas the Port S has sharp borders all around giving it a different look and feel. The Coolpad Torino S is powered by a 64-bit Snapdragon 410 quad-core processor clocked at 1.2GHz coupled with Adreno 306 GPU. It comes with 2GB of RAM and 16GB internal storage space which is expandable using microSD card. The device sports an 8MP rear camera with AF and LED flash along with a 5MP front-facing camera for selfies and video calls. The amazing fingerprint sensor by Coolpad is also seen here which is said to unlock the device in just 0.5 seconds and capture photos in just 0.24 seconds.

One down point of the device is the battery, with a 1800mAh battery we cannot expect good battery life out of the device. It comes with IR sensor which helps control your TV, AC, Refrigerator etc. It is available in two colors White and Champagne and measures 139 x 67.8 x 7.9 mm and weighs 120 grams. the Torino S is priced at EUR 199 and will be available in Germany and Switzerland through online and offline stores. 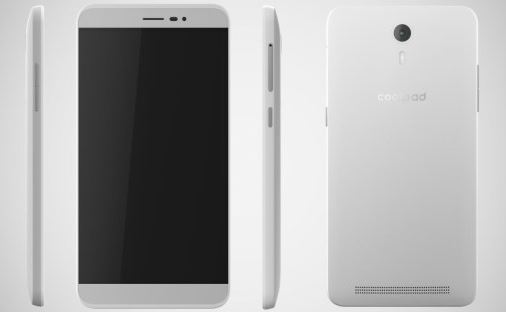 Coolpad Porto S is powered by a MediaTek MT6735P quad-core processor clocked at 1GHz. It is coupled with 1GB of RAM and 8GB internal storage expandable up to 64GB using microSD card. It sports an 8MP rear camera with f/2.4 aperture, LED flash and 2MP front facing camera. The device comes with Android 5.1 Lollipop with Cool UI 8.0 over it. It comes with Dual SIM option having one hybrid SIM slot for microSD card.