Browse: Home / Do you know these Startimes mobile Smartphones? hard-reset.net 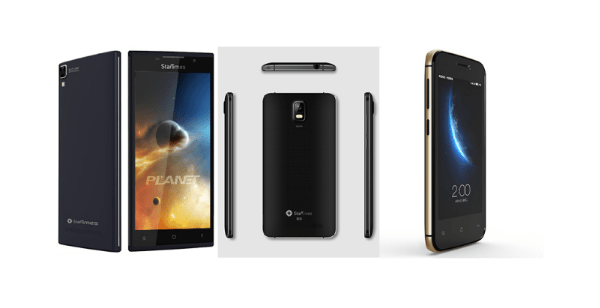 The Startimes Solar Mini is basically a low-end smartphone and runs the already dated Android 4.4 Kitkat OS. It sports a 4-inch (480 x 800 pixels) WVGA display, powered by a quad-core processor clocked at 1.3GHz with 512MB of RAM and 4GB built-in expandable storage space.

For photography, there is a front facing VGA (0.3MP) camera and a rear facing 8MP AutoFocus camera. It has Dual SIM slots (with Dual Standby), supports 2G and 3G networks and is backed by a 1500mAh Li-ion battery.

‎The Startimes Solar Note round off the trio with much more better specs than the duo above but uses the same OS version. The device sports a 5.5-inch (1280 x 720 pixels) HD display, powered by an octa-core processor clocked at 2.0GHz with 2GB of RAM and 16GB built-in storage space.

In the camera aspect, there is a front facing 8MP camera and a rear facing 16MP AutoFocus camera. The Solar Note also has Dual SIM with Standby, supports 2G and 3G networks, and is backed by a 2700mAh battery.