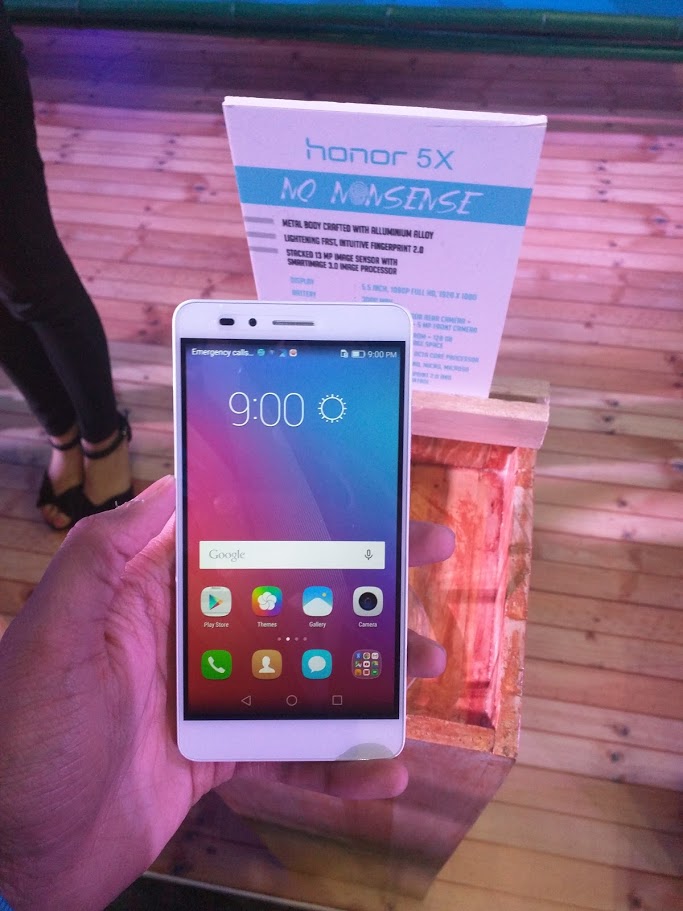 The Honor 5X features a 5.5-inch full HD display with a resolution of 1920 x 1080 pixels. The device is powered by a Snapdragon 616 processor, which is an octa-core processor, a mixture of two quad-core processors, clocked at 1.5GHz and 1.2GHz respectively. This processor is supported by 2GB of RAM and 16GB of internal storage, which can be expanded up to 128GB via a microSD card.

Moving on to the camera, the Honor 5X features a 13MP rear camera along with a 5MP front camera. The Honor 5X comes in a full metal casing, but the back is a little slippery. Powering the entire phone is a 3000mAh battery that seems a little less compared to the 4000mAh on the Honor Holly 2 Plus. 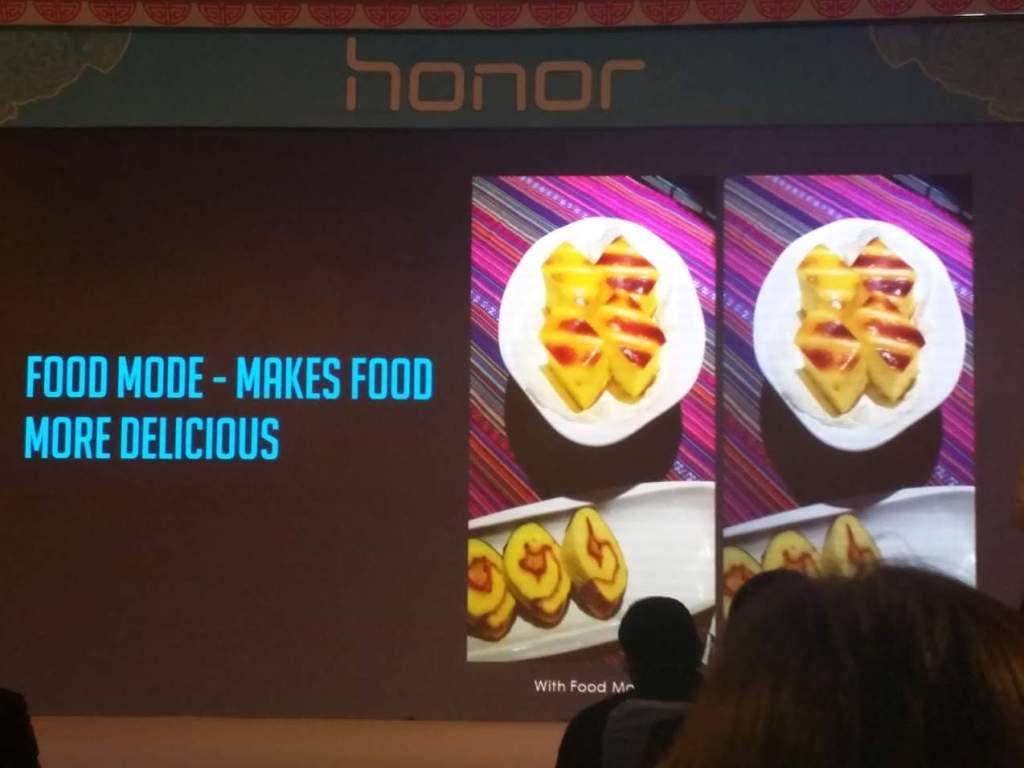 The Honor 5X sports a fingerprint sensor at the back of the device, just underneath the camera module that works really fast. It is claimed to unlock a device in just 0.5seconds. Another interesting feature about the Honor 5X is that you can assign different fingerprints for different tasks such as placing a call, taking a picture or even launching your favorite app! If the fingerprint sensor works as advertised, it will turn out to be a really amazing piece of tech.

The heating issue on the device is intelligently managed by providing a 5-layer heat sink and a copper shielding to dissipate more heat easily as compared to other phones in the market. They called the device the “Coolest Dude” in the category. 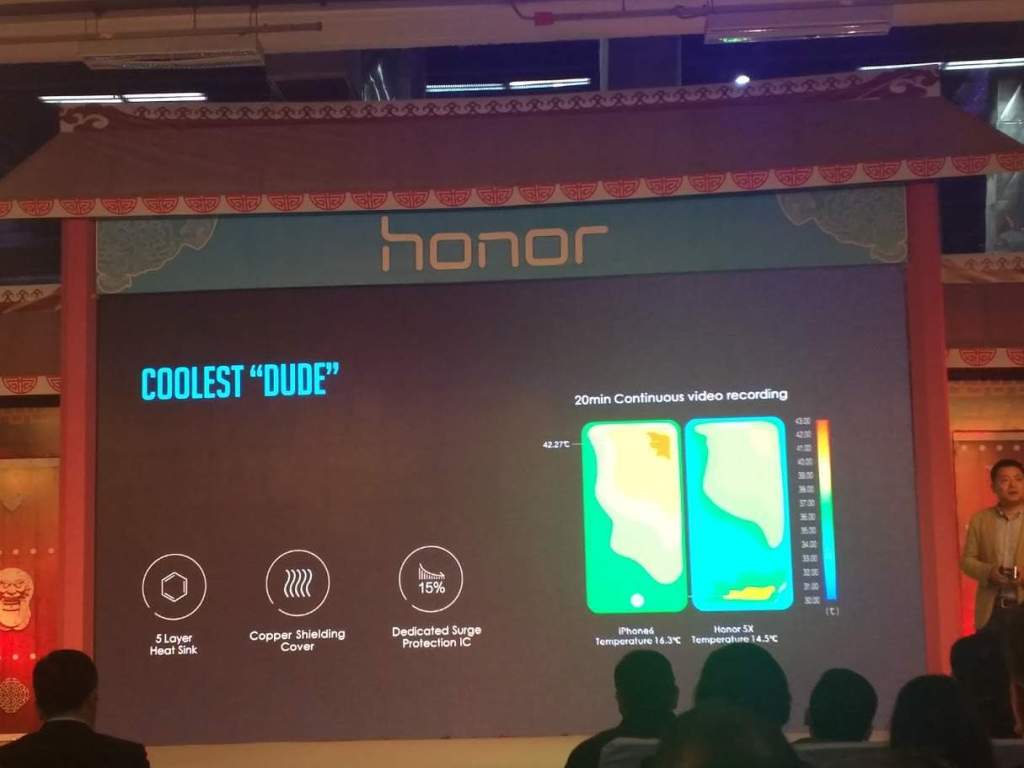 During the presentation for the Honor 5X, they talked about the 10 things that the Honor 5X is going to excel at. They were the build quality, the fingerprint 2.0 sensor, a great camera experience with various modes, the smart network that will work on 2G, 3G and 4G in both the slots, the vivid display, the ultimate audio experience in this price category of phones with built-in amplifier, better battery life with the Smart Power 3.0 mode and the more power efficient Snapdragon 616 v2, the great performance with the Snapdragon 616 and 2GB of RAM, the EMUI 3.1, powered with Android 5.1 which will be upgraded to EMUI 4.0 with Android Marshmallow 6.0 in the near future and finally the Honor Quality. 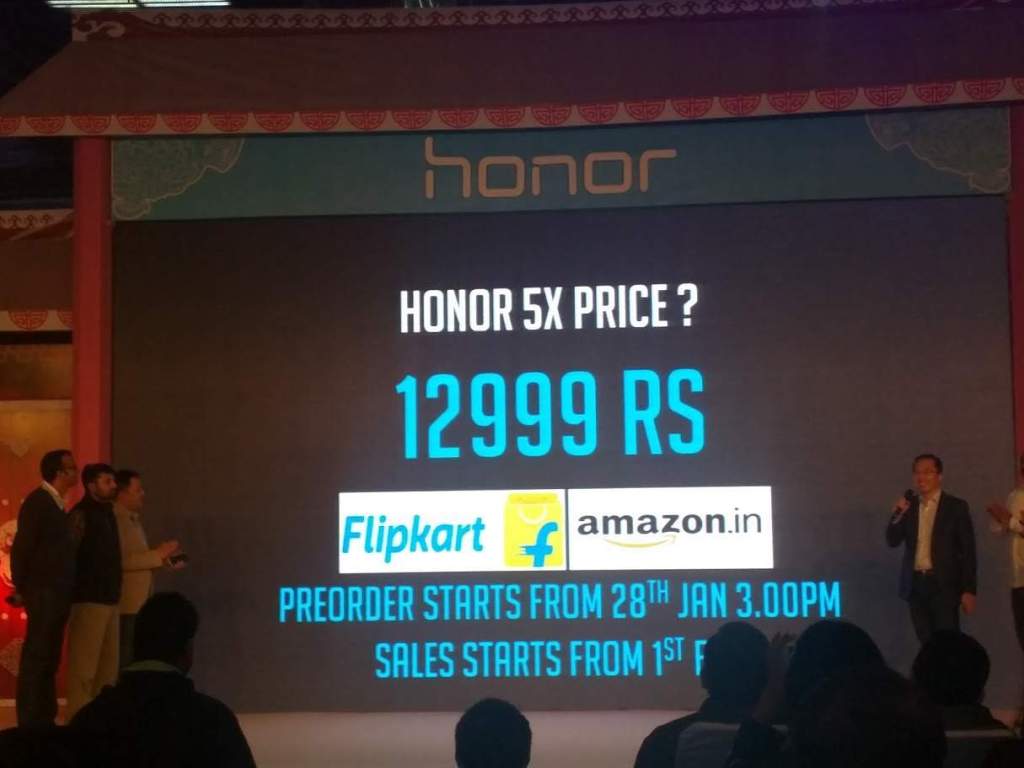 The phone will available on two e-commerce portals, Amazon, and Flipkart starting 1st February, but the pre-orders for the same have already begun on both the portals. The phone is available in 3 different colors, Dark Grey, Sunset Gold, and Silver. All the three colors are priced the same, Rs. 12,999 and are available without any invites.