Huawei has just launched two new devices at a launch event in Delhi, the Huawei Honor 5x and the HOLLY 2 Plus. The Huawei Honor 2 Plus had been launched at a price of Rs. 8,499 along with the Honor 5x which has been proved at Rs.12,999. 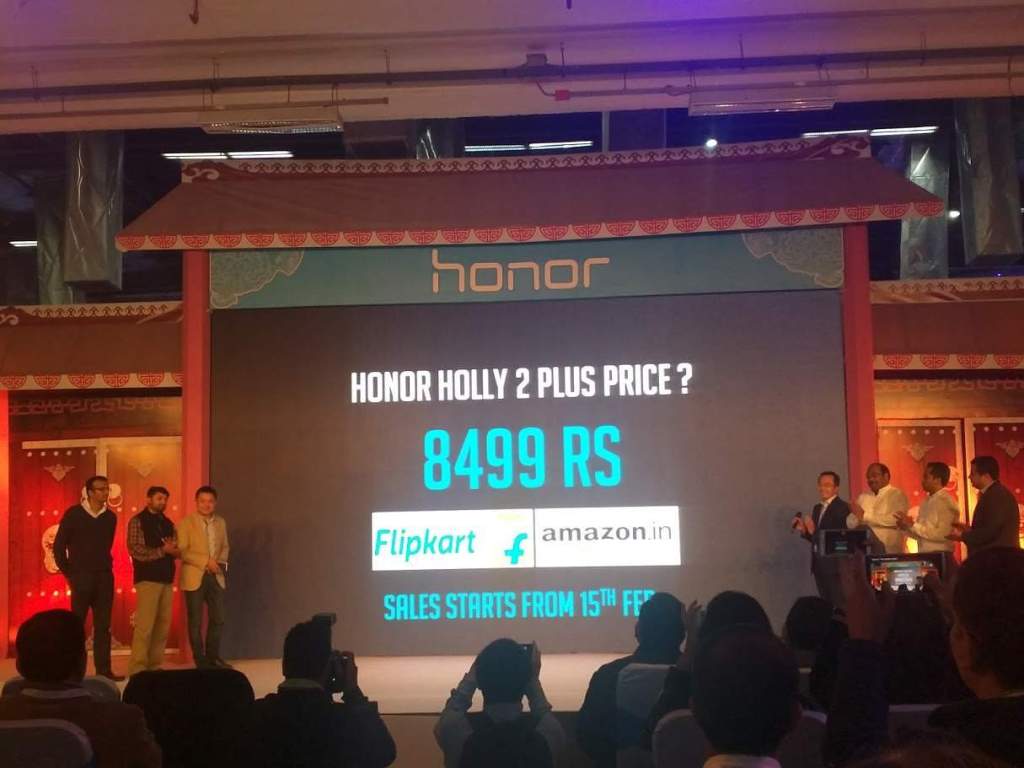 The Holly 2 Plus unlike other devices carrying the Plus tagline are usually 5.5-inch, which is not the case in this device, it sports a 5-inch HD display with a resolution of 720 x 1280 pixels. The device is powered by a 1.3GHz quad-core MediaTek MT6735 processor coupled with 2GB RAM and 16GB of expandable internal memory.

The Holly 2 Plus sports a 13MP rear camera, along with a 5MP front camera. Both the cameras are decent, but not great because you can not expect great cameras from a device priced at 8,499. Though, they are not bad in any sense. At the event, I was able to test out the cameras and they did perform decently in the show floor lighting. 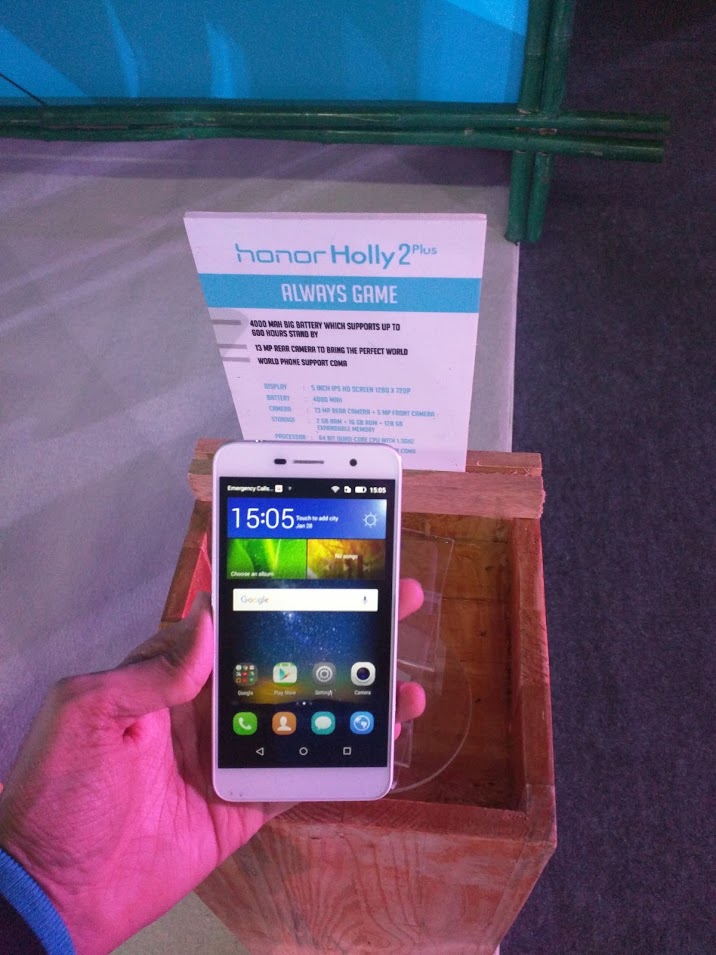 Moving on to the build quality of the device, the device sports a plastic build but seems durable when holding in the hand. The Honor Holly 2 Plus is available in 3 different colors, white, gray and gold. Powering this entire device, you’ll find a 4000mAh battery, which is expected to last 1.5 days on an average usage, but even under heavy usage, the device is claimed to provide 24 hours of battery life, as announced at the event today.

The smartphone network support is exceptional as the device supports 2G networks, 3G networks, 4G networks (all networks in India) and even CDMA networks. The presenter made a joke that someone has to care about the CDMA users as well, and that is what Honor is trying to do with the Holly 2 Plus. 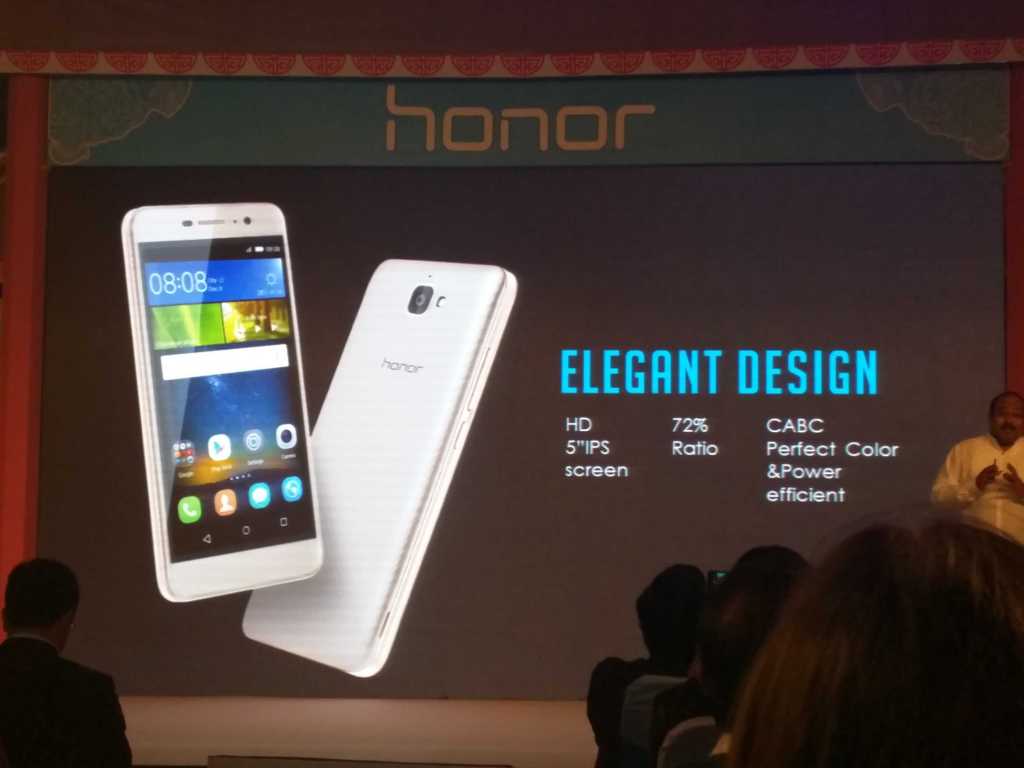 The main points that were focussed on during the presentation for the Honor Holly 2 Plus were the Elegant design that the device boasts, the ultra-thin design, that is actually 9.7mm thick at the thickest point but feels like 6.5mm because of the frame of the phone, and the smart power 3.0 mode that allows you to put your phone in ultra power saving mode so that you can gain a lot of battery backup from your remaining battery on the device. 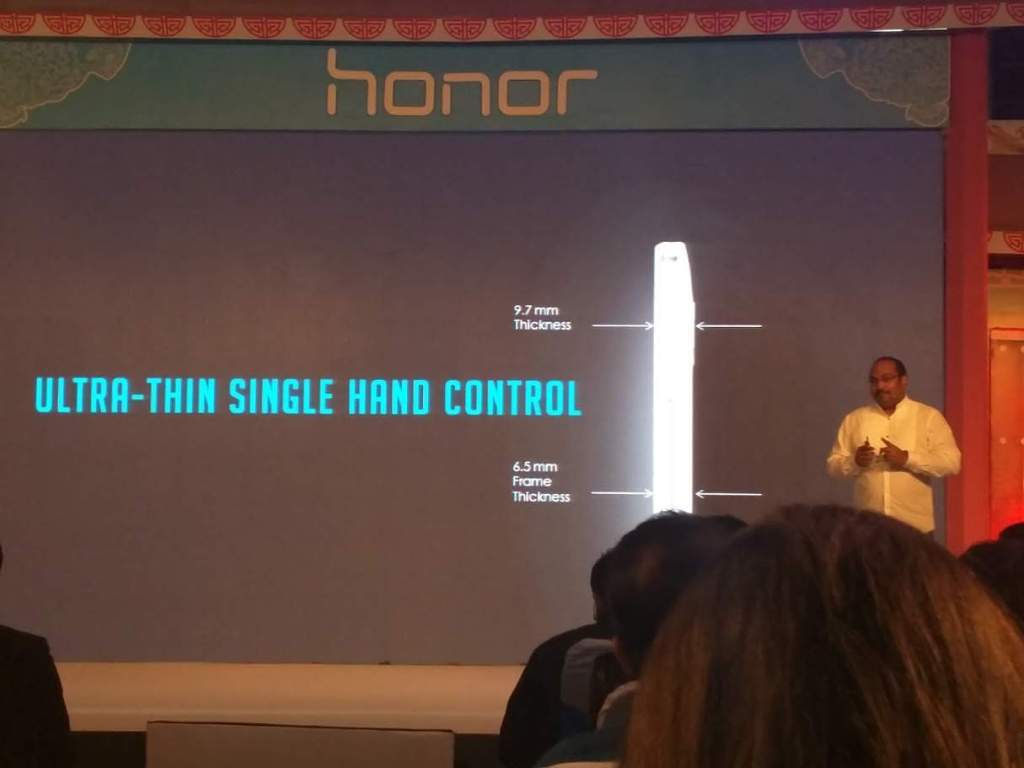 The device also supports Quick charging that allows you to charge your phone for 10 minutes and gain up to 3 hours of talk time on your Honor Holly 2 Plus. Another interesting thing about this device is the reverse charging, using which you can use this device as a battery source for your other gadgets. 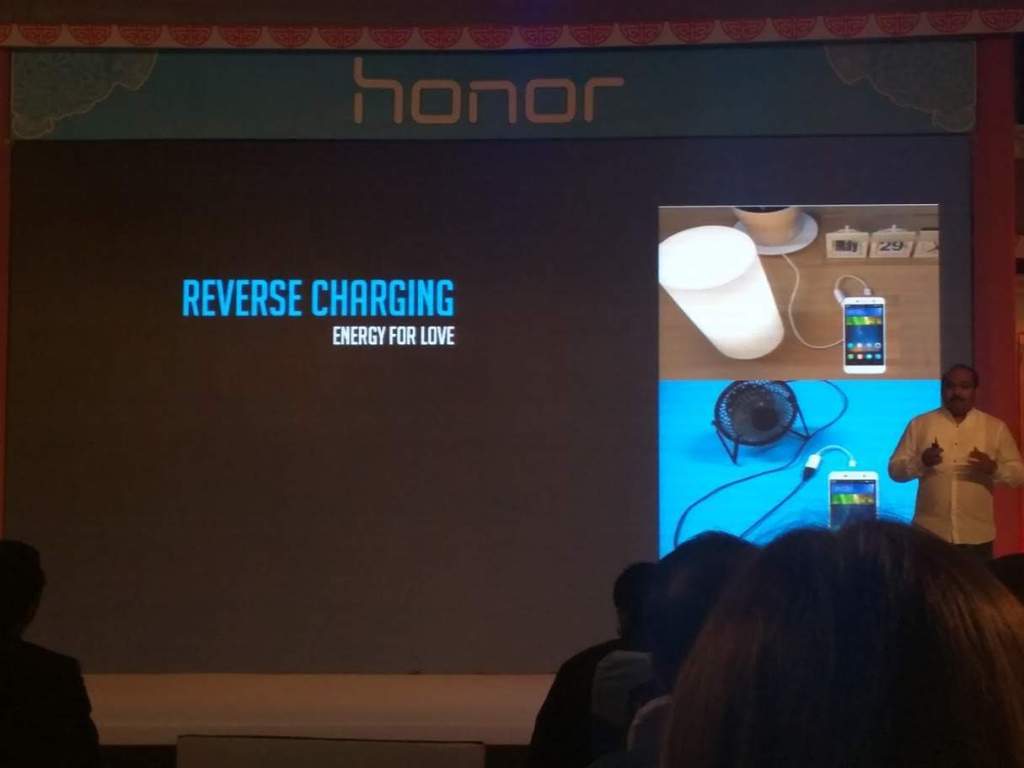