Browse: Home / How to survive Android without Google – hard-reset.net

When you flash a custom ROM to your Android device, the first thing that most people would notice is that there’s no Google Play Store; or any Google apps. And again, for most people, the first order of business would be to head over to your favorite GApps repository and download the Google Apps so that you can go about with your life. Some people, however, want to be rebellious. Or perhaps they want to live off of the Google grid.

Whatever the reason, there are most certainly ways to go about life without all of the Googly applications. It isn’t my cup of tea, but maybe it’s yours, and I would hate for you to have to go it alone.

The core Google applications are as follows: An app repository, an email application, cloud storage, an office suite, Maps/Navigation, a browser, a calendar, and a music player. Some of these may be provided on AOSP or on a third-party ROM, but oftentimes Google provides a better alternative than its open-source counterpart. These aren’t necessarily applications that don’t exist in AOSP or whatever ROM you flash, these are just to make your Google-free experience as good as it can be. That means that sometimes AOSP just isn’t going to cut it. Here are the bare essentials to get you started in a Google-free world. 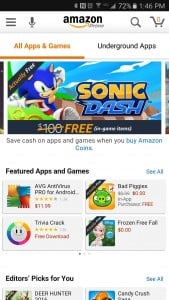 The app repository is probably the easiest one. Amazon’s AppStore, now referred to as Amazon Underground, is far and away the best third-party Android app repository. Not only is it the largest store, but it also comes from a trustworthy source. There are certainly others such as 1Mobile, but I honestly don’t know if I can trust them. Amazon Underground also doubles as Amazon’s regular store, so if you’re a regular Amazon customer, you’re getting twice the value out of having the app on your phone.

I have three email applications on my phone at any one time because I’m a sociopath and I’ve spent a good bit of time experimenting with what’s good. Depending on what ROM you’re on (and what you’re looking for) I have two different recommendations. 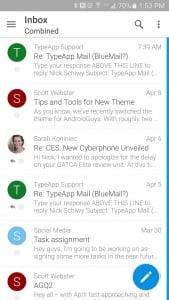 If you’re on CyanogenMod 13 and you won’t be using a corporate Gmail account that authenticates outside of Google, I’d recommend flashing C-Apps, which comes with the full version of Boxer. This is probably the best third-party email application I’ve used, but it won’t work with a corporate Gmail account that authenticates outside of Google. As you may have guessed by this point, that’s something that I have to deal with. It has a very clean interface and will work with a wide-variety of email accounts. It also is mostly material, if you’re into that sort of thing. Plus, it’s free if you flashed C-Apps.

If you’re not on CyanogenMod 13 or do need to access a Gmail account that authenticates outside of Google, the best app that I’ve found is BlueMail. As it turns out, the same company operates two brands that both publish nearly the same app (though not completely the same) and the other one, TypeApp Mail, is also available for free 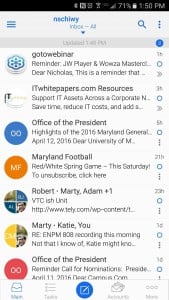 on Amazon Underground. This app will allow you to sign into just about any email service you can think of (including that corporate Gmail one) and lots of customizing options that include switching between two design languages (flat and material) depending on user preference.

Dropbox tends to be the first cloud service I think of but they are known for being relatively insecure and most other services will offer as much as 50GB for free. If you’re coming from Google Drive, the 2GB that Dropbox offers out of the gate isn’t going to cut it. For those reasons, in addition to the fact that for some reason the Dropbox app isn’t available on Amazon Underground, Box is the go-to choice for Google-free cloud storage. They offer 50GB for free and have a pretty decent Android app to boot. There are most certainly other options (I host my own cloud storage, for example) but when it comes to the most amount of storage from a trustworthy company that doesn’t flood you or your friends that you share links with ads, Box is the way to go.

When it comes to office suites on Android, the choices are fairly limited, especially on Amazon Underground. That isn’t to say you’re without good choices, though. One of the benefits of Amazon Underground is that they offer “Actually free” apps that are normally apps that would require a payment but Amazon pays for it for you. As it happens, OfficeSuite by MobiSystems is one of those applications that normally costs $15 but is “Actually free,” thanks to Amazon. It allows you to access and documents that you have in that Box account that you are now using in lieu of Google Drive and it does everything that an office suite should for the low, low price of $0. What’s not to like?

This one is tricky because you obviously want a maps system that is complete and robust, but you also want to live outside of Google. Depending on how you define Google, I have two different 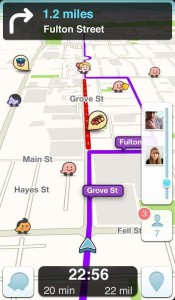 recommendations. If you consider anything that Google has ever touched as being too much for you then Waze is going to be out. Waze is actually my favorite mapping/navigation app (and that includes Google Maps).

Though it’s actually an Israeli company that has been around since 2006 and makes my favorite maps application, Waze has been a Google property as of June 2013. If that bothers you then skip to the next paragraph, but the features added on top of regular maps including the ability to report accidents and use celebrity voices for navigation (mine is currently Morgan Freeman) makes it a very enticing mapping application. That having been said, it hasn’t been updated on Amazon since 2014 so you may want to go without it anyway. 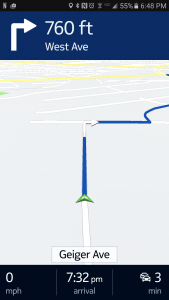 If you’re keeping it completely Google-free, the next best non-Google mapping application I’ve used is Here Maps, which is a company that was actually started in 1985 and then called NAVTEQ, has changed hands (and names) a couple of times over the years but ultimately has ended up being bankrolled by a consortium of German automakers: Audi, BMW, and Daimler. I’ve found that it was a fairly reliable mapping system and it displays the local speed limit whether or not you’re in navigation mode, which I have found to be extremely handy. 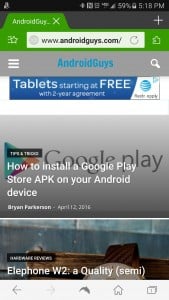 You may not remember this, but there was a time in Android’s history when Chrome didn’t exist on themobile operating system. Prior to that there was an AOSP Internet browser and it was fine but there were plenty of other third-party browsers that made it look silly (and still do). My personal favorite at the time was Dolphin Browser. It’s everything that you could want from a mobile browser. It’s constantly trying to improve your mobile web experience and innovating beyond the norm. More importantly, if you’re a power user, it comes with plugin support and a whole ecosystem of useful plugins. There are plenty of other options out there, but Dolphin Browser easily gets my recommendation. 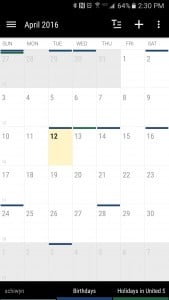 The default calendar on Android is rather scant. If you’re someone who needs to be able to keep a proper calendar on their phone, it might be worth looking at other options. The most highly-rated calendar application on Amazon Underground is an application called Business Calendar 2. I gave it a run and I was
fairly pleased with the overall layout and options but like most other Android calendars, it expects you to be using a Google account if you want to sync it across your devices. I tried to make it work with a different account, but I have just about every other account imaginable on my phone and it wouldn’t take anything but Google. If you need it to be synced, it might be worth side-loading the Outlook app for Android, killing two birds with one stone, but it’s obviously less than ideal as well (although it’s an excellent email app if you choose to go that route).

And a music player 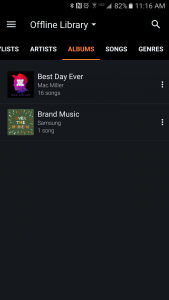 If you’re going away from Google and you are a fan of streaming music, I think it’s hard to recommend anything other than Spotify. They have the largest library of any of the other streaming services and they have a halfway decent application. If you’re already an Amazon Prime customer you may be willing to take a look at the Amazon Music app, too. The library is definitely lacking and the app itself leaves a lot to be desired, but if you’re already paying for it, it’s a halfway acceptable alternative.

If you’re the type that still keeps a curated music library on your phone, you’re quickly running out of good options for playing that music on your phone in an organized, simple app. One option, again, would be the Amazon Music app. It is capable of accessing your local media and playing the music that you have on the internal storage of your device in an attractive interface that’s familiar enough to use without any kind of learning curve. As it turns out, using the app for local music is a great experience compared to attempting to use the same layout for music streaming.

Being on Android and living outside of the Google ecosystem is tough and that’s not by accident. Google does everything in their power to make sure that they’re the predominant app ecosystem out there. Even though Android is open-source, if you’re not in China you are pretty much going to be dealing with Google. The one major exception is Amazon’s Fire Tablet/TV ecosystem that they have been building for Android since long before those products even existed and even still, their app store is heavily lacking compared to Google Play. If you want to go it without Google, it’s totally possible and I hope that the above suggestions will get you going in the right direction, but it’s not going to be a very easy ride.