HTC might be struggling with phone sales but the company has not given up on the One and Desire series. A new budget smartphone – the HTC Desire 530 has been spotted online – the device is expected to be a variant of the HTC Desire 526. 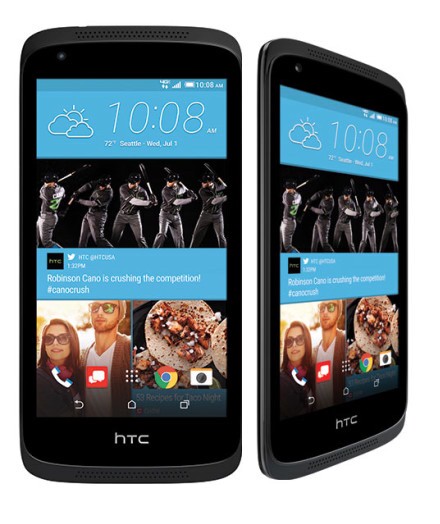 According to Dutch retailer, Centralpoint.nl which listed the HTC Desire 530 without its specifications – it is expected to launch on February 23rd (hinting at a MWC 2016 announcement). It is expected to be available for a price tag just above €190 in Graphite Gray and Stratus White colours.

The device is expected to have similar specs with the HTC Desire 526 released in August but will not replacing it and both devices will continue to be available on sale. The latter sports a 4.7-inch (960 x 540 pixels) qHD display, run Android Lollipop OS with Sense UI ontop and backed by a 2000mAh battery.
‎
It relies on the Qualcomm Snapdragon 210 along with 1.5GB of RAM, 8GB built-in storage space, 8-megapixel main camera, 2-megapixel front camera and a microSD card slot for storage expansion. HTC is expected to improve some of the core specs but the HTC Desire 530 will still end up a budget device. ‎