Innjoo has listed up the Plus edition of the Innjoo Fire2 LTE which is rightfully named Innjoo Fire2 Plus LTE. The 5.5-inch sized device has the same metal body but is equipped with various incremental updates compared to its smaller model but does not have a fingerprint sensor like the Innjoo 2. 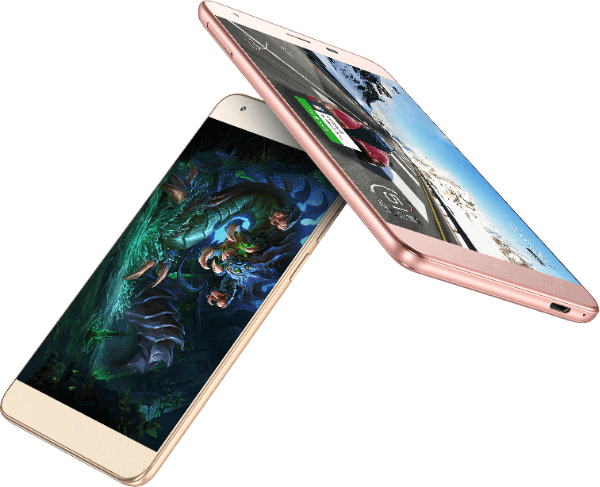 Moving to the specifications, the Innjoo Fire2 Plus LTE features a 5.5-inch (1280 x 720 pixels) HD display with 267ppi and 16:9 aspect ratio. Under the hood sits a quad-core processor clocked at 1.3GHz with ARM Mali-T720 GPU, 2GB of RAM and 16GB built-in expandable storage space.

One key highlight of the Fire2 Plus LTE is the large capacity battery under the hood – 4600mAh. The battery supports Rapid Charge 2.0 for fast charging time (100% in less than 2Hrs (1.5Hrs mentioned) but that depends on if the 9V/2A charger type is used. 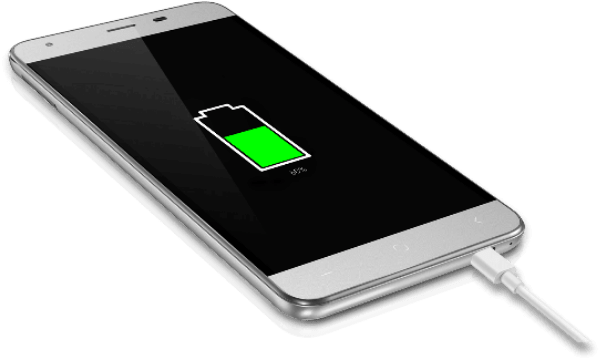 In the camera aspect, there is a front facing 5MP camera for selfies and a rear facing 13MP AutoFocus camera with 4P Lens, f/2.0 aperture, LED flash. ‎The Innjoo Fire2 Plus LTE supports 2G, 3G and 4G LTE networks as well as standard connectivity options such as GPS, Wi-Fi, Bluetooth and micro USB 2.0. 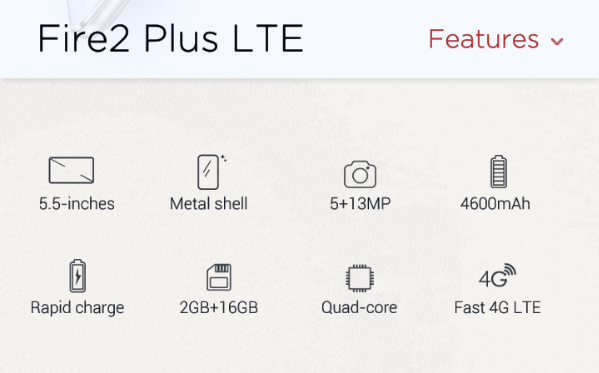 Just like the Innjoo Fire2, the Fire2 Plus LTE runs Android 5.1 Lollipop OS with the company’s Fly Launcher incuded and might only be headed for the Middle East UAE (Souq.com) where users in Egypt and Saudi Arabia can lay hands on the device but not Nigeria.