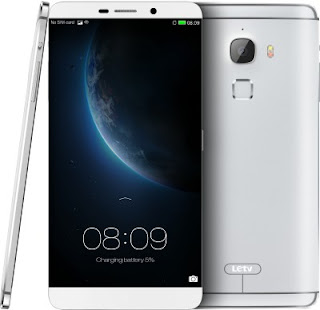 LeEco has received overwhelming response for the Le 1S, launched just couple of weeks back in India and you still have people waiting to lay their hands on this awesome device. Le 1s indeed is an impressive device at a very competitive price with incredible overall performance barring an average camera.
Le Max is the flagship device from LeEco and is slated to go on sale from 16th Feb,’16 exclusively on e-tail store Flipkart. The device has been priced at Rs 32,999/- for the 64gb variant while the 128gb variant is priced at Rs 36,999/-.
The device is powered by the 810 Qualcomm Snapdragon chipset which has been in news more for its overheating issues rather than its performance. It boasts of Octa Core processor along with 4gb Ram and Adreno 430 GPU.

Click on the link to Read More About Le1S
Things One needs to know about the Device:-
Premium Build Quality and Design: Le Max sports the unibody aluminium design with near bezel less display. The device has the highest screen to body ratio at 80.2%. The phone does have a bit of heft but the build and design is pretty impressive. The device feels premium to hold and lives up to its billing of being a flagship device. The finger print scanner is placed at the back.
Decent Hardware Specifications: The phone sports the Qualcomm Snapdragon 810 chipset with Octa Core processor clocked at 2ghz which along with 4gb Ram promises to be very responsive. The Adreno 430 GPU is powerful to run almost all the games played on it without any lag.  The processor has been under clocked to address the overheating issue which in my opinion is a good move as the processor is still very powerful.
Good Display and Storage: The phone does not come with SD card support but with internal storage of 64/128 GB, I don’t think one should have any issues with storage. The phone has QuadHD screen which makes the display more vibrant and crisp. High resolution on the large screen makes viewing more pleasant and is soothing to the eyes.
The phone boasts of all the sensors including the IR blaster as well as fingerprint scanner at the back which performs reasonably well.
Customized User Interface (UI): The phone runs on custom skin EUI on top of Android Lollipop. The custom UI is pretty different to stock Android and consumes fair bit of Ram suggesting it is pretty heavy.
High SAR Rating:The phone has a high SAR rating at 1.59 W/kg as the standard Indian limit is 1.6W/kg. But I don’t think it is much of an issue because most of the Chinese brands do have a higher SAR rating.
Average Battery and Camera: The noticeable soft spot on this device is in the camera and battery performance. Both are pretty average in my opinion although some improvements may be observed with software updates later on. Honestly speaking with 3400mah battery and 2k display it is hard to get exceptional battery life.
Price on the Higher End: The phone at Rs 32,999/- may seem to be reasonably priced when compared with other flagship devices but in my opinion it would have been great if the phone was priced below Rs 30k. The reason being Le1s priced just a shade above Rs 10k offers almost the same features and is fairly powerful device which will fit the needs of most of the users. Therefore I feel, if Le Max had been priced in the range of Rs 25k, it would have been very difficult of other competitors to launch their devices at that price point.
Impressive Overall Performance: The phone performs incredible well except for the average camera and battery life. The build and design is very premium and it performs pretty smoothly without any lag. Although the device is tad bulky as it weighs above 200 gms with massive 6.33 inch display but overall it feels good to hold.
Individuals who prefer larger screen will definitely love this device. However, I don’t think it will attract the same response as enjoyed by the Le1s mainly because of the price and also the size of the phone.
Key Specifications are given below:-
www.amritfinaa.blogspot.com