Lenovo is all set to unveil a new smartphone at the MWC 2016 event in Barcelona, as the first teaser from the company is just released. It doesn’t give any detail, except for a hint about a coating on the device, which could probably be a metal coating, and the phone could mark its entry into the mid-range category. 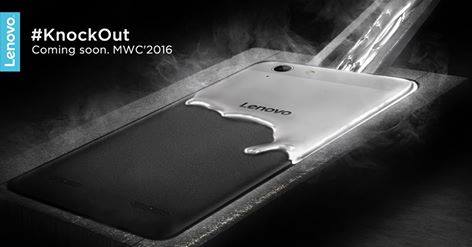 It has been quite an active start to the year for Lenovo, the Chinese smartphone manufacturer who isn’t just doing well with its own name but also with Motorola whom they acquired recently. The Lenovo K4 Note was launched during the beginning of the year, and it was followed by the Vibe X3. Motorola on the other hand launched the Moto X Force with a shatterproof display in India.

Update: One of our readers (thanks, Nikhil Bartakke) noticed and threw some light on this – it could be the Lenovo Lemon 3, which is available for registration in China currently. It if is, we are looking at a device with 5-inch 1080p display, 1.5GHz octa-core processor, i.e. Snapdragon 616, 2GB of RAM, Dual-SIM with both supporting 4G, 2750 mAh battery and Silver/Gold variants.

If it is the Lenovo Lemon 3, we are looking at a sub-Rs. 10000 device, and most importantly, it will be an international launch.

While each of these face stiff competition in their price brackets, the phones from Lenovo have been getting a good number of sales in the flash sales so far. While we don’t have any other details except that a confirmation that a phone from Lenovo is to arrive this month, we are sure there will be a lot more to learn before the official unveiling, which is just a couple of weeks from now.