LG has announced their latest flagship device the LG G5 at an event in Barcelona ahead of MWC 2016. The device comes with some major changes in terms of design and some impressive additions in the specs sheet. There has been a lot of criticism on the design aspect as the LG G4 was a great looking device.

If you are looking to get the LG G5 you will be having some doubts about the various specifications and aspects of the device. We will be clearing out most of your doubts. 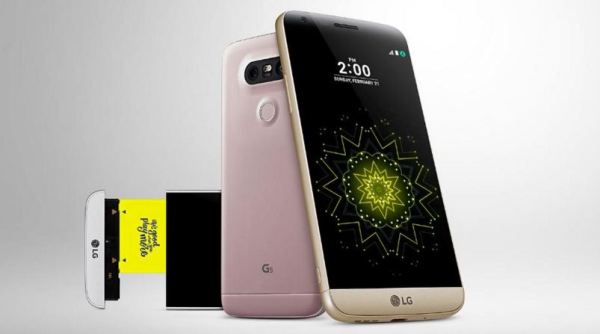 What is the Display Size and Resolution of the LG G5?

Can you detail about the processor that powers the LG G5?

The Qualcomm Snapdragon 820 processor is the flagship SoC from Qualcomm for 2016, and this is what powers the phone that LG has just announced. It is an octa-core chipset clocking at 2.7 GHz, and it is a 64-bit processor. It also has Adreno 530 graphics and lower-power Qualcomm®HexagonTM DSP as well as Qualcomm Spectra™ 14-bit dual image signal processors (ISPs) designed to deliver high-resolution DSLR-quality images and additional power savings. The Snapdragon 820 processor also has an integrated X12 LTE modem that supports Category 12 download speeds of up to 600 Mbps and LTE Category 13 uplink speeds of up to 150 Mbps.

Thanks to the USB Type-C and Qualcomm Snapdragon 820, the LG G5 supports Quick Charge 3.0 technology and it is said to be 27 percent faster and 45 percent more efficient than the previous generation. The device is said to charge 83% in 30 minutes.

LG mentioned about Low Power Location Estimation (LPLE) Technology, what is it?

According to LG, the LPLE is something that works with the location-based apps. Thanks to the Low Power Location Estimation technology, battery is saved by 41.9 percent by improving the power consumption related to location-based apps. If this works well, you won’t always have to keep the accurate GPS feature ON, and you know that the feature usually eats up a lot of battery.

Yes, there is support for a better LTE connectivity, thanks to the integrated X12 LTE modem that supports Category 12 download speeds of up to 600 Mbps and LTE Category 13 uplink speeds of up to 150 Mbps. This modem is a part of the Snapdragon 820 chipset.

What does the Dual camera on the back of LG G5 do?

Unlike the other dual-cameras that we have seen earlier, here the two cameras don’t help in background defocus or determining depth of field. Here, LG has given two cameras so that you use one of them based on the need. While the regular 16-megapixel camera has a standard 78-degree lens, the other 8-megapixel camera is given with 135-degree wide-angle lens, which the company claims to the widest lens for any smartphone till date. The 135-degree lens on the LG G5 offers a viewing angle that is approximately 1.7 times wider than those of existing smartphone cameras and 15 degrees wider than the human eye’s field of view. So, it helps in wider pictures whenever needed

What are the Sensors included in LG G5?

What is the Battery capacity of LG G5?

These are some of the many Questions and Doubts which we have tried to clear about the LG G5. Hope this helps and do let us know in the comments section if you want any other doubts.