‎Meizu is one of the two manufacturers, Canonical, the company behind Ubuntu has collaborated with to provides mobile devices running the OS. Last year at the MWC 2015, the Ubuntu OS version of the Meizu MX4 was announced and this year looks to be the turn of the Meizu Pro 5. ‎ 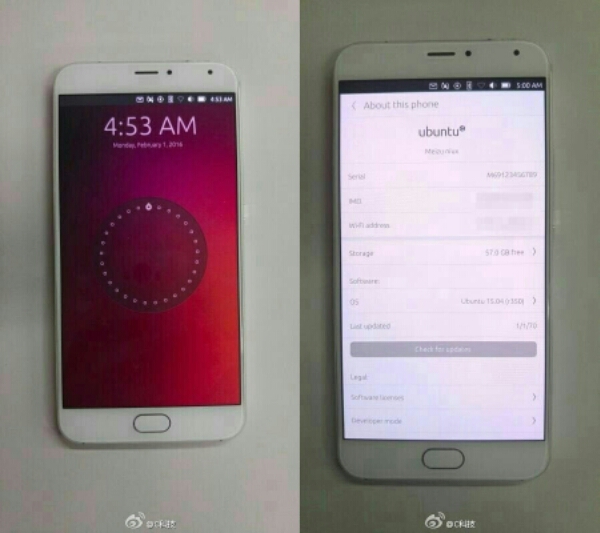 The existence of the Meizu Pro 5 Ubuntu Version has been brought to the core by the emergence of this image. The version in the picture ‎definitely differs from the original Meizu Pro 5 model running Android OS because it runs the gesture-based Ubuntu Phone OS. ‎

At the heart of everything is the reinvented mobile UI called Scopes, which allows users access to services such as music, photos, web, social, local services, etc directly on the home screen. ‎Apps and Scopes for the device can be downloaded from the Ubuntu store.