Micromax has not officially announced the Micromax Canvas Juice 4 but that has not stopped the device from showing up on the company’s official website. The Canvas Juice series has always revolved about battery life and the Canvas Juice 4 is no different.‎ 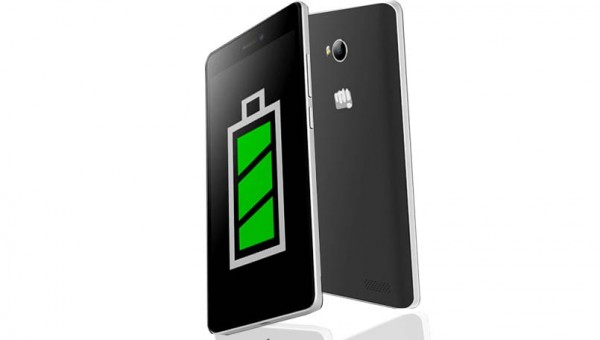 The Micromax Canvas Juice 4 Q382 is backed by a 3000mAh battery which the company says should deliver up to 11 hours of talk time and up to 385 hours on standby mode. It sports a 5-inch IPS display with 854 x 480 pixels (FWVGA) screen resolution and a pixel density of 196ppi.

Under the hood, the device relies on a quad-core Spreadtrum SC7731 processor clocked at 1.3GHz with ARM Mali-400 GPU, 1GB RAM, 8GB built-in storage space and a microSD card slot for storage expansion up to 32GB. It has Dual SIM slots with Dual Standby and runs Android 5.1 Lollipop OS from the onset.

In the camera aspect, there is a rear facing 5-megapixel camera with LED flash and a front facing 2-megapixel camera for selfies and video calls. Connectivity options on the device includes – GPS/A-GPS, Bluetooth, Wi-Fi 802.11 b/g/n, micro USB v2.0 port and 3G.
‎
The Micromax Canvas Juice 4 comes pre-loaded with 10 regional Indian languages and apps such as Amazon Kindle, Amazon Shop, Scandid, Snapdeal but the MAd application is no longer available. ‎There is no word yet on pricing. ‎