Oppo, the Chinese smartphone manufacturer just launched its mid-range smartphone, the Oppo F1, which is said to be its selfie master device, thanks to its capabilities with the front-facing camera. The F1 isn’t hugely power packed but it has enough to justify the price based on how the company has been setting the prices for its smartphones though it might not do justice when compared to the current competition.

If you had a look at the Oppo R7 Lite earlier, you’re at home and will be easily comfortable with the look and feel of the F1, though Oppo says that it is a soft metal back panel used on the device. The design language is quite familiar, with a different color shade on top and bottom, and the camera with its LED flash towards the left top corner on the back panel, which cannot be pulled out. 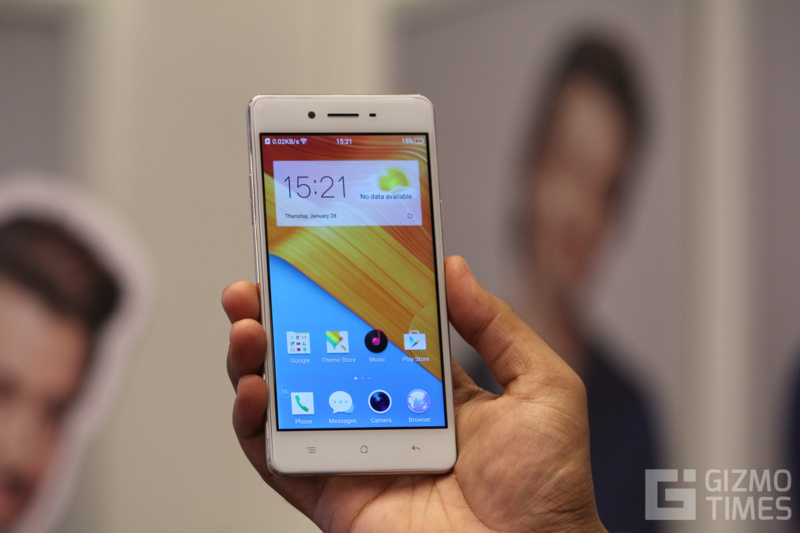 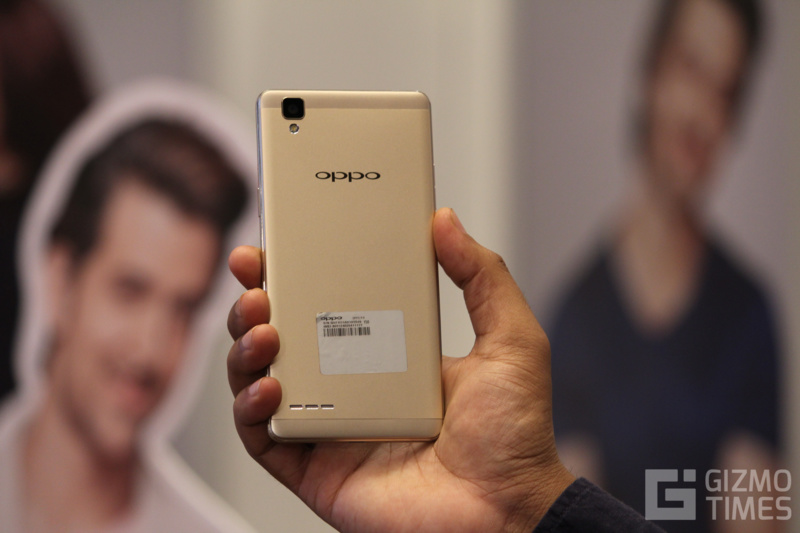 The phone seemed pretty much comfortable in the hand, and it isn’t just the screen size but also the thickness of just around 7.5mm contributing to it. The connectivity ports and buttons too are similar in placement when compared to the other recent Oppo phones, and the speaker is placed on the back.

Android 5.1.1 Lollipop is what you see running in the device, but that doesn’t really matter unless you are looking for the latest OS version for some specific compatibility because ColorOS 2.1.0 makes it look totally different from stock Android, and frankly, there is not much to hate about the custom interface.

There’s a lot of bloatware and you cannot choose to clear them easily. Putting a focus on what was being showcased a lot about the device – the cameras, the app is what does a lot of stuff even if the resolution and the camera specs don’t seem unique or high-end. There are several modes, effects and unique features for the camera that enhance the capturing experience.

Beautify, Slow Shutter, Ultra HD, GIF, HDR, Audio photo, and a lot of other modes are available to choose from, and even though I could play around with the device for about an hour in decent light conditions, the capture samples (to be added in a while) will give an idea on how does the camera fare.

Color reproduction seemed decent in bright light conditions, and there was no oversaturation or washing out either, but exposure seemed to be frequently changing even when there is no manual controlling done on it. Though, we might be able to conclude about the camera quality after some extensive use.

So, the price of Rs. 15990 doesn’t seem really good for what OPPO has packed in, because there are devices with even better chipsets priced in the same range but while at it, we are talking about OPPO and it doesn’t seem to be related to aggressive pricing anytime in the past as well. Also, there is a lot of interesting stuff about the cameras that we will talk about in the full review, so till then, it isn’t so bad a device for the price, but nothing extraordinary one would stand in a queue to purchase.

We’d be interested in even the Oppo F1 Plus that is going to enter the market in April 2016, and have a bigger screen size, 4GB of RAM and some enhancements with the camera.