It has been four years since the first Raspberry Pi made its entry into the computing scene taking DIY computing to a new level. Along with completing 4 years the company has reached a milestone of 8 million units sold, making it UK’s all-time-best-selling computer. There is a new hardware being released, the Raspberry Pi 3 which is going to be the foundation’s 64-bit computing device and it is equipped with inbuilt Wi-Fi and Bluetooth. 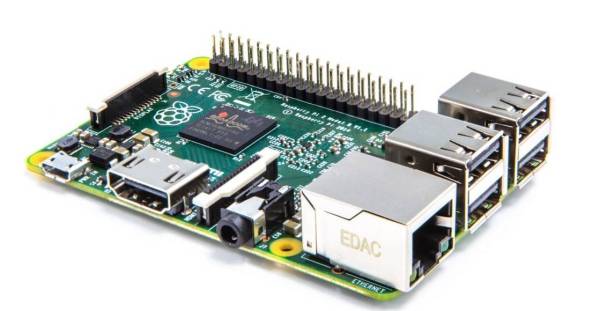 The RAM has been maintained at 1GB and 400 MHz VideoCore IV graphics. The inclusion of WiFi and Bluetooth into the latest Raspberry Pi 3 will help a lot of users and put an end to the need of looking for USB dongles.  The power input has to be increased to 2.5A from the existing one.

There are other 64-bit boards like the Pine A64 which even support 4K and Engadget’s Matt asked Upton about the same, to which he answered, “Moving to a new video codec block would have meant sacrificing backward compatibility with previous Raspberry Pi products, with 8 million units in the field this isn’t a decision we take lightly.”

The Raspberry Pi 3 can be purchased from online stores priced similarly to the earlier model at $35 or £30 and the company mentioned that a few hundred thousand units will be available on launch day.