Samsung Electronics has announced the commencement of mass production of industry’s first 256GB memory capacity based on the Universal Flash Storage (UFS) 2.0 standard, which is expected to be used on high-end mobile devices. 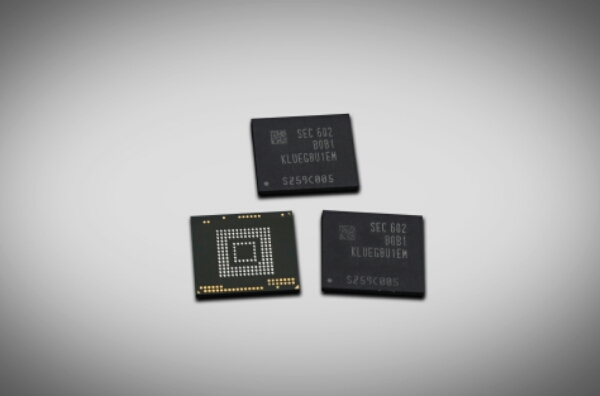 Based on the company’s advanced V-NAND flash memory chips and a specially-designed high-performance controller, the 256GB UFS satisfies the need for ultra-fast speed, large data capacity and compact chip size (smaller than a microSD card slot) in high-end smartphones.

It features outstanding performance for mobile devices that exceeds that of a typical SATA-based SSD for PCs and handles up to 45,000 and 40,000 input/output operations per second (IOPS) for random reading and writing respectively, which is more than twice faster than the IOPS of the previous generation of UFS memory (19,000 and 14,000).

“By providing high-density UFS memory that is nearly twice as fast as a SATA SSD for PCs, we will contribut to a paradigm shift within the mobile data storage market.

We are determined to push the competitive edge in premium storage line-ups – OEM NVMe SSDs, external SSDs, and UFS – by moving aggressively to enhance performance and capacity in all three markets.”