Samsung has officially launched the Galaxy A7(2016) and A5(2016) smartphones for the Indian market at the Samsung forum meet 2016 in Malaysia. Both the devices were first launched in December 2015 by the company. The same design concept has been carried on from their predecessors with an all metal body and similar outlines, one major change in the design seen is the location of the speakers, which is now on the bottom of the device compared to the earlier model which was in the rear. Both the devices come with fingerprint sensor located in the Home button. 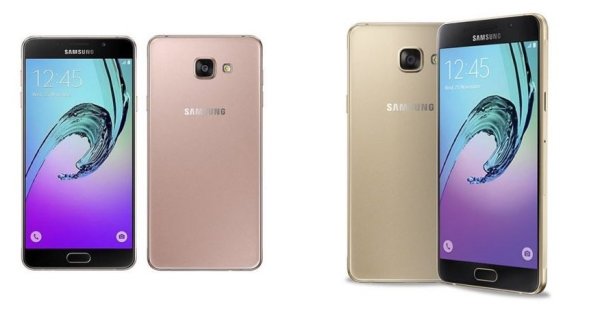 The Galaxy A5 2016 sports a 5.2-inch Super AMOLED display with FullHD resolution of 1920×1080 pixels which is an upgrade from the 5-inch HD display of the earlier model. It even comes with Gorilla Glass 4 protection over it. The Galaxy A5 is powered by a 64-bit octa-core Snapdragon 615 SoC coupled with 2GB of RAM. The device comes with 16GB internal storage space which is further expandable using microSD card up to 128GB.

The Galaxy A5 sports a 13MP rear camera with f/1.9 aperture along with OIS and LED flash, the front camera is a 5MP shooter with similar f/1.9 aperture. The device sports a Home button at the bottom of the display which is equipped with a Fingerprint sensor. The device is made up of metal and is sleek at just 7.3 mm in thickness and weighs 155 grams in weight. It is powered by a 2900mAh battery to last one full day of normal  usage.

The Galaxy A5 is priced at Rs. 29,400 and is available from February 15th exclusively via Snaldeal and Samsung stores.

The Galaxy A7 is the elder sibling to the A5 and comes with a 5.5-inch Super AMOLED display having resolution of 1920×1080 pixels and protected with Gorilla Glass 4. The heart of the device or the Processor remains the same in the A7 as that of the A5, which is a Qualcomm Snapdragon 615 SoC coupled with 3GB of RAM and internal storage space of 16GB expandable up to 128GB using microSD card. The RAM is bumped up while the storage specs remain the same as that of Galaxy A5.

The camera set up is also the same as that of the A5 having a 13MP rear camera and f/1.9 aperture along with OIS and LED flash, the front camera is a 5MP shooter with similar f/1.9 aperture. The Fingerprint sensor is located in the Home button present below the display. With the all-metal body and bigger display, it weighs 172 grams and sports a bigger 3300mAh battery to give better battery life.

It comes with connectivity features like 4G LTE, Bluetooth 4.1, WIFI, GPS, NFC and Micro USB port. The Galaxy A7 (2016) is priced at Rs. 33,400 and available from February 15th exclusively through Snapdeal and Samsung stores. It is available in Gold, black, white and rose gold colors similar to that of the Galaxy A5.