Samsung’s flagship Galaxy S7 is going to be unveiled on February 21st, according to the leak from the very famous leakster Evleaks. It isn’t an unexpected news, but still if this is something that is going to happen, we are sure the Mobile World Congress will be packed with some flagships, as we are expecting even HTC and Sony to come up with their flagship smartphones.

The date is in line with the unveiling dates of Galaxy S4 and S5 previously, as they came in a day before MWC began in 2014 and 2015. Even though it isn’t mentioned anywhere that the images are from Samsung, it is usually how Samsung’s teasers look like, and it shows #TheNextGalaxy as well as the date on two images shared in a tweet by Evleaks. 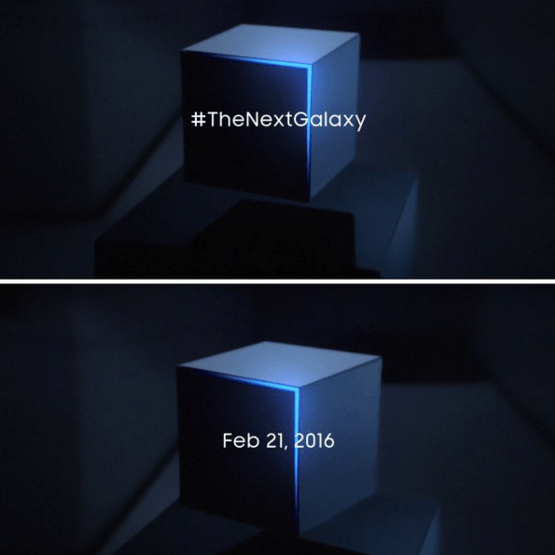 With the leaks and rumors about the device gaining momentum from couple of weeks, the recent leaks about the supposed design and leaked images of the Galaxy S7 and Galaxy S7 Edge and now the launch date from @evleaks using the tag #TheNextGalaxy gives it a clear picture about the device.

After the launch event date, the devices are said to be released on March 11th in Europe and US. We’ll keep an eye on any other leaks ahead of the official unveiling and update it here if there’s something, and we just hope the leaks are true to the point right now.