Earlier Skype allowed up to 5 participants only in group chat and users could swipe through that lineup and find an individual called and “pin” them to the screen. Microsoft has collaborated with Intel to enable SILK Super Wide Band audio codec to run on Azure cloud servers powered by Intel’s processors, this allows Microsoft to provide very clear audio even with the increased number of participants. 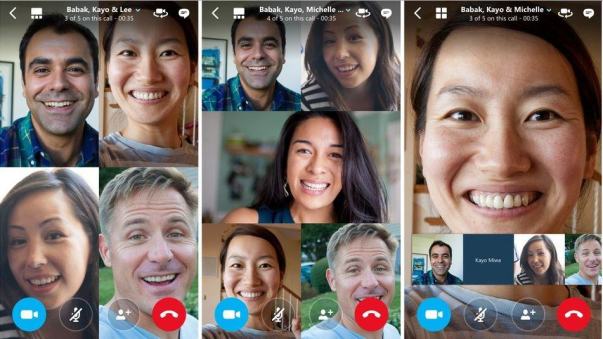 Along with the group Video calling feature for iOS and Android, Microsoft is also extending the Skype chat invitation feature to the devices. Theis feature lets users to invite people to a group conversation, this lets users participate in a video call using Skype for Web.

Group video calling will be an important feature, a great addition for the 300 million user base of Skype and although the feature has been available in Google Hangouts accepting up to 10 people there is not much user base as Skype has. One thing which will be an advantage for Skype is that Facetime for iPhone does not support group yet.