The projector uses Laser/LED light source which lasts for 2000 hours approximately. It comes with contrast ratio of 80,000:1 and for audio it comes with built-in 1.0W speaker and comes with a 3.5mm jack supporting earphones and headphones as well. 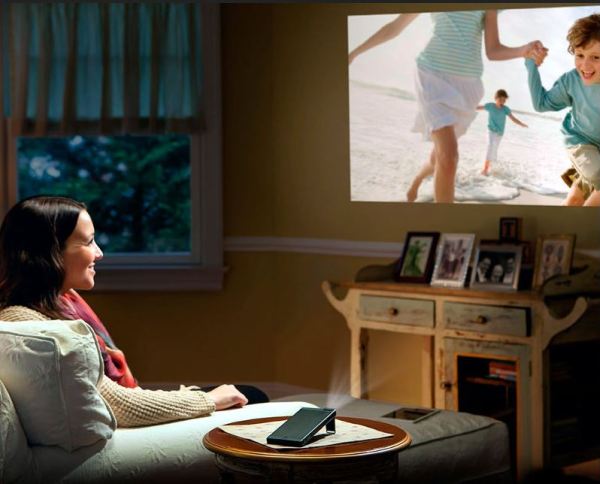 The projector is very compact and measures 7mmx149.5mmx13mm and weighs just 210 grams almost similar to a smartphone, it comes with a built-in stand to help in acting as a projector from any flat surface on any wall or flat vertical surface. It is powered by a 3400mAh built-in battery which projects up to 2 hours on full charge.

The Sony MP-CL 1 is available in black color and is available from retail stores across India. It is priced at Rs. 26,990.