Smartphones are getting bigger and more powerful day by day. There was a day when 512mb of RAM was considered to be a top-notch hardware component in phones but now that figure is nothing these days. 4GB RAM is a benchmark for high end phones, if your phone doesn’t features 4GB RAM then it isn’t up to the mark, no matter how good the other hardware is. Here is a list of top smartphones that come with 4 gigs of RAM.

If you are wondering why there’s so much importance given to RAM, it is one of the important aspects for a high-end smartphone, especially for businessmen who multitask and switch between apps. The phones that we have listed below, are quite heavy on specs, and the 4GB RAM is a perfect booster for the performance. The very first device in the list is the One Plus 2. If we are making a list of smartphones with 4GB of RAM then there is no way we could forget the flagship killer. OnePlus 2 comes with a 5.5″ FHD Display and a Corning Gorilla Glass 4 on the top. Under the hood there is Snapdragon 810 processor and Adreno 430 along with 4GB of RAM. You get a 13MP camera ont he back and a 5MP camera on the front. The device is juiced by a 3300mAh battery. Asus Zenfone 2 was one of the first phones to come with 4GB of RAM that too at an affordable price. The device came in different models and each of them had different internal storage as well as RAM. The device comes with 16/32/64 GB of internal storage and 4GB of RAM which is coupled with Intel Atom Z3580 and PowerVR G6430. The device sports a 5.5″ FHD Display with Corning Gorilla Glass 3 on the top. The device features a 13MP camera on the back and a 5MP camera on the front. All of this stuff runs on a 3000mAh battery. Asus Zenfone 2 Deluxe is another version of the previous Zenfone 2. The device comes with a custom back panel and 64/128/256 GB of internal memory. There is a 13MP camera on the back and a 5MP camera on the front. Under the hood users get 4GB RAM along with Intel Atom Z3580 clocked at 2.3GHz and PowerVR G6430. ZF2 Deluxe boasts a 5.5″ display on the front which is protected with Corning Gorilla Glass 3. It runs on Android Lollipop and comes with Asus ZenUI on the top. The device runs on the same 3,000 mAh battery seen on the Zenfone 2. Samsung Galaxy Note 5 was one of the most anticipated phones of the year. This phone lured everyone with its awesome specs and the design. Note 5 features a 5.7″ Super AMOLED display which come with a resolution of 1440 x 2560 pixels. Under the back panel the device houses, 4GB of RAM, 32/64GB of internal memory and Exynos 7420 processor. The device houses a 16MP camera on the back which comes with OIS and a 5MP camera on the front. The device gets all the power from a non-removable 3,000mAh battery. Along with these specifications, users also get an S Pen. Samsung Galaxy S6 Edge+ is one of the few phones to come with a curved display. The device comes with a curved display on both the edges and adds a lot to the design. S6 Edge+ is the bigger version of the S6 Edge and features a lot of improvements. The device comes with a 5.7″ Super AMOLED display along with 1440 x 2560 resolution which translates to 518ppi. There is a 16MP camera on the back and a 5MP camera on the front. The device runs on an Exynos 7420 chipset and Mali-T760MP8 GPU. The device is available in 32 and 64GB of internal memory along with 4GB of RAM. There is a 3,000mAH battery to support all this. The recently announced flagship from Yu Televentures has a good 4GB RAM to add to the 32GB internal storage, making it a good package, under the 5.2-inch Quad HD display, and the device is powered by Qualcomm Snapdragon 810 processor. The phone also has a 3000 mAh battery, and a super camera combination of 21-megapixel rear and 8-megapixel front-facing shooters are included in the phone. 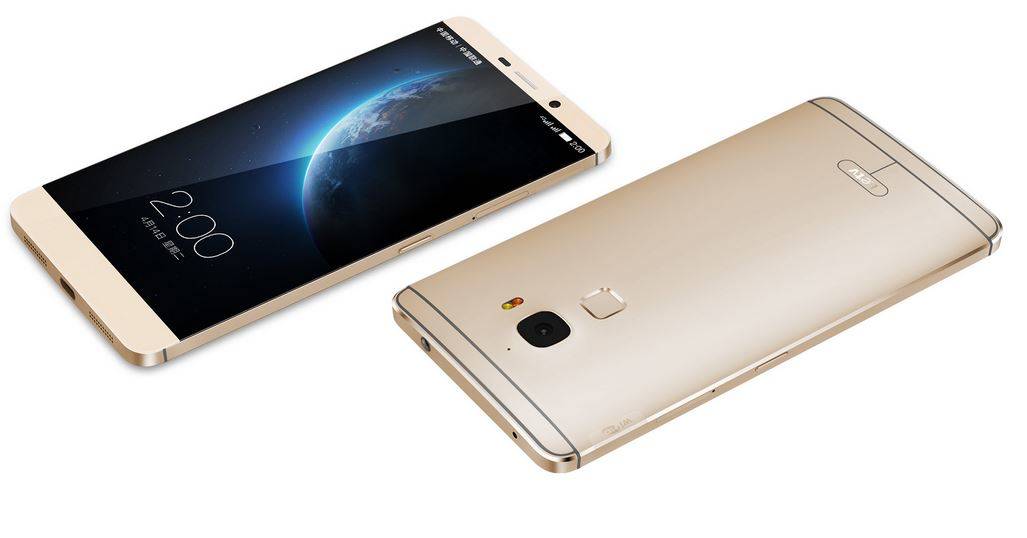 The Le Max is a huge flagship with a 6.33-inch display having a 2K resolution. It gets power from Qualcomm Snapdragon 810 processor and there is 4GB RAM, which is why it is in the list. There’s 64GB internal storage and a 21MP camera on the back of the device, and it is priced at Rs. 32999 in India. The latest camera smartphone from ASUS with a very good camera having 3X optical zoom, the ZenFone Zoom has an Intel Atom Z3590 chipset along with 4GB RAM. The storage is huge as well, as 128GB is what comes packed along with a storage expansion slot. The pricing of this device is set at Rs. 37999.

All these have the same RAM capacity, but the ones listed above are the first we would recommend and the below ones are some great alternatives, especially the LG V10.