Thanks to its affordable mobile processors, Chinese chipset maker, ‎MediaTek have over the years continued to be one of the backbone for the existence of of low-cost and other inexpensive  smartphones in the market. The company is expected to contribute further with three upcoming System-on-Chip (SoC) with integrated LTE modem. 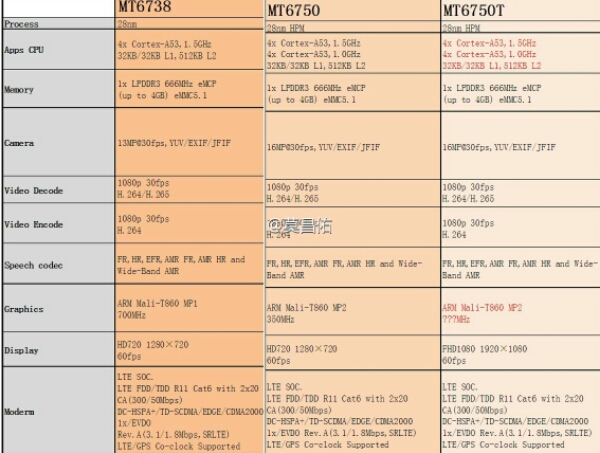 ‎
The upcoming SoC in the works are the MediaTek MT6738, Mediatek MT6750 and Mediatek MT6750T; all three are equipped with LTE Cat.6 Modem. They should launch around middle of February (after the Chinese New Year) and will be arriving in smartphones by summer 2016.
‎
Going into details starting with the Mediatek MT6738, it uses four Cortex-A53 cores with a frequency clock of 1.5GHz and ARM Mali-T860 MP1 GPU. It supports 1280 x 720 pixels (HD) display resolution, up to 4GB of RAM, and up to 13MP camera.