Popular messaging app, Whatsapp has reached the milestone of 1 Billion monthly active users – this means nearly one in seven people on earth use Whatsapp. ‎The Facebook-owned messaging service joins the rank of the few apps and platforms such as Facebook and Gmail which have either reached or surpassed the milestone. 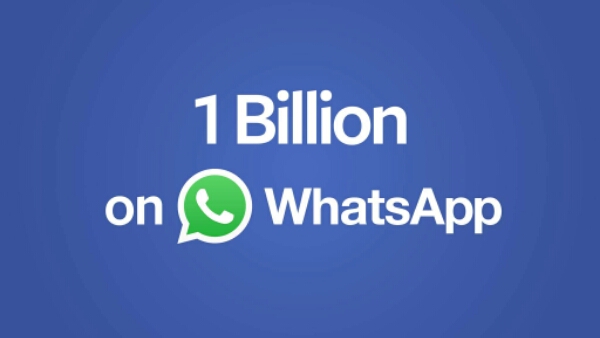 Whatsapp has more than doubled its userbase since Jan Koum and Brian Acton decided to sell to Facebook for a record $19.5 Billion in 2014, then it had around 400 Million monthly active users. The recent removal of the $0.99 annual subscription fee, would definitely go far in Facebook’s quest to connect the entire world (1 Billion down, 6 Billion to go). ‎‎

The following are the stats posted by Whatsapp Co-Founder, Jan Koum; 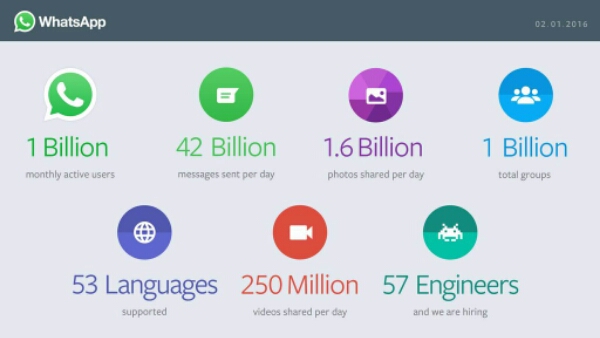 “One billion people now use WhatsApp. Congrats to Jan, Brian and everyone who helped reach this milestone! WhatsApp’s community has more than doubled since joining Facebook. We’ve added the ability for you to call loved ones far away. We’ve dropped the subscription fee and made WhatsApp completely free. Next, we’re going to work to connect more people around the world and make it easier to communicate with businesses. There are only a few services that connect more than a billion people. This milestone is an important step towards connecting the entire world.”