The Wiko U Feel and Wiko U Feel Lite smartphones were announced along with the Wiko Fever Special Edition at the MWC 2016 in Barcelona. Both devices will be available in the market  by April – May 2016 for a corresponding price tag of EUR 199.99 and EUR 169.99.‎ 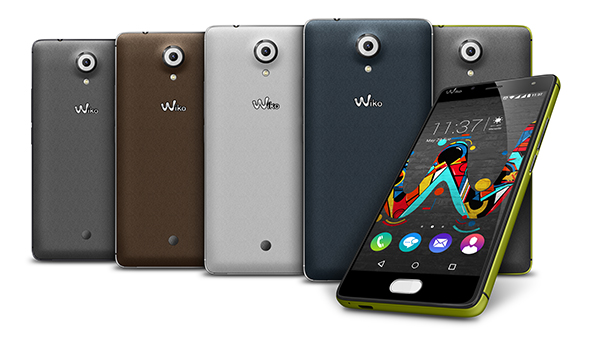 The U Feel measures 143 x 70.7 x 8.55 mm in dimensions, weighs in at 145 grams and ‎has an aluminium body frame as well as a sand-blasted back cover look. It hs a microSD card slot and arrives in Chocolate, Creamy, Lime, Slate and Space Grey colour options.
‎
On its part, the Wiko U Feel Lite is a slightly watered version of the U Feel with only few notable differences – being the body design (coated metal-looking plastic back cover), RAM memory (now 2GB RAM from the 3GB on the U Feel) and the main camera (from 13MP to 8MP).

Both the U Feel & U Feel Lite have the fingerprint sensor embedded into a button below the display and are the first from the company to have ‘selective recognition of fingerprints’ technology that lets the user set five ‎different fingerprints to perform a specific action each.‎