Xiaomi has sent out invites for the launch of their Flagship device, the MI 5 the date is set on February 24th. The device will be launched in China at the China National Convention center at 11.30am. The invitation has been sent out which has the number 5 on it.

Xiaomi Global VP, Hugo Barra had announced last month that the MI 5 will be showcased in MWC 2016 at Barcelona but there was no mention about its official launch in China on the same date. Till date Xiaomi has concentrated on their Homeland China along with India which if their biggest Overseas market, with the device being showcased in MWC we are expecting the device to be launched in Western markets as well. 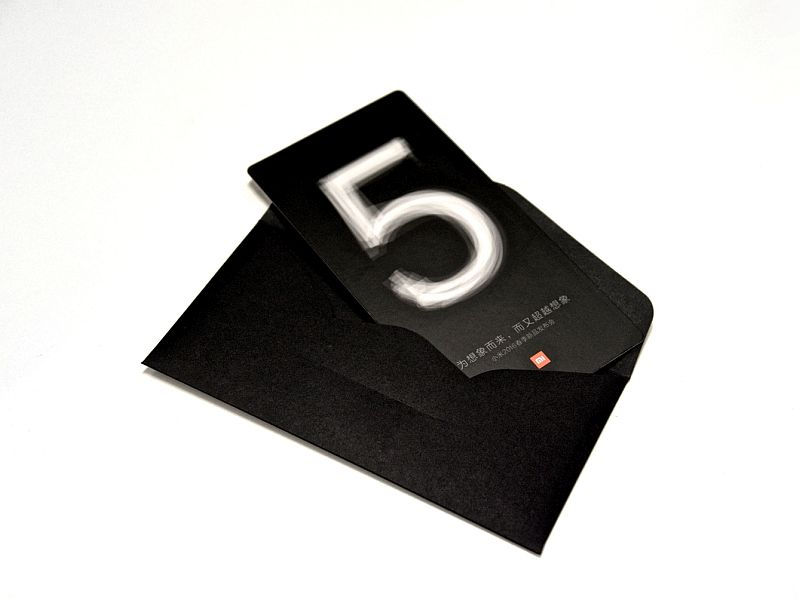 Xiaomi is depending a lot on MI 5 with recent reports showing that the company has not reached their expectations, and has shipped over 70 million smartphones last year and with the device expected to be launched in United States and European countries. The company has opened online accessories store in US and European stores which points at an expected launch of the MI 5 in the respective regions.

The company has been teasing about the specifications of the device which is expected to sport a 5.2-inch display which can be Full-HD or QHD display, it is said to be sporting the Qualcomm Snapdragon 820 SoC the latest chipset expected in all the latest flgships. It comes in two variants having 3GB RAM and 32GB storage space and the other one being 4GB RAM with 64GB internal storage.

The device is expected to sport a 16MP rear camera with LED flash and 13MP front facing camera. The company has confirmed that the device will be having NFC connectivity along with Dual-SIM support. It sports a 3600mAh battery with Quick Charge 3.0 technology supported by Snapdragon 820 SoC. It comes with pressure sensitive touch screen similar to that seen in the Apple’s 3D touch.